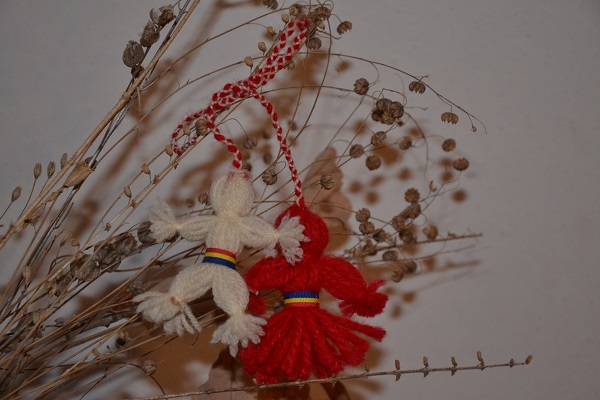 The first day of Spring in the Northern hemisphere. This literally means ‘equal night’ (in Latin). From now on, days are to become longer, and warmer, and hopefully spiritually richer, too – as we get closer to Easter time.

A good time to remember an old monastic saying – ‘make a good start, in order that you reach a good end’. What the wise sages in the Orthodox tradition would do, for instance, is try to become more humble and inward-looking, more focused on that, which lasts (i.e. one’s soul), than on the ephemeral. In practice, this amounts to a regime of prayer and work – where the latter entails certain tasks, assigned by one’s spiritual master. Their purpose is to discipline the soul, rather than the body, with a view to achieving more humility and ‘good spirit’, rather than satisfy any particular material needs.

In some of the traditional societies where this monastic practice exists, people give each other symbolic gifts, to mark the start of the Spring. One such typical token is a small object of design, made of red and white thread – called a ‘mărțisor’, which is also the old folk name for March, the first month of Spring, and for a flowering plant in the rose family. People give this as a talisman to friends and family, so they will be healthy and happy throughout the year. Although without an explicitly religious meaning attached to it, the token has a deeper spiritual value, in that it symbolises purity and light (the white) combined with life, fertility or regeneration (the red). Some attribute this to the Roman tradition (where Mars was the god of war and agriculture), or to the older, Dacian culture, where March was the beginning of the year. Either way, in societies where this is a practice, people use the token as a symbol of good wishes, at the start of a new season and for the rest of the year. The idea of making a gift – rather than writing a card, for instance – is also deeply spiritual, because it entails a different type of communication, possibly more effective than the linguistic one.

Let us hope we can find new ways of making a good start, this March, whatever our respective endeavours might be.