From Dionysius to Heidegger 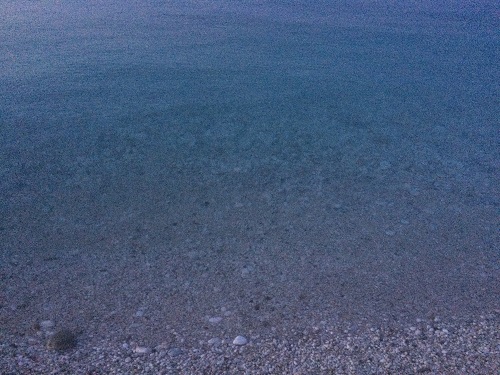 From Dionysius to Heidegger

One of the papers I wrote for the Byzantinology module I took for my Master degree was called “Knowledge and Recognition in Pseudo-Dionysius the Areopagite and Martin Heidegger”. It was mainly centred on apophatic knowledge (or negative theology), and how a similar approach can be found in Heidegger’s topology of being. The idea is that we recognise traces of being — either intuitively or through signs — rather than clearly know it, as an objective fact. Intuitionism, rather than positivism. Icons, instead of representations. (A shadow or a tear can be very effective icons; an absence is a different kind of presence).

The key term here is analogy. We know God through analogy — we approach him through the things He created, each a new face or model, which reflects something of its creator (see On the Celestial Hierarchy). Another passing is that through logos — we approach God from our imperfect language, to the more refined one of divine models. In both of these there is a ‘mode’ (an analogos) or a way, as Maximus the Confessor calls it. An alternative to the straight, objective route to knowledge. One would be forgiven to simplify the patristic thought as a dialectic of modes.