Onto Something – from Russia, via New York, to the Southbank 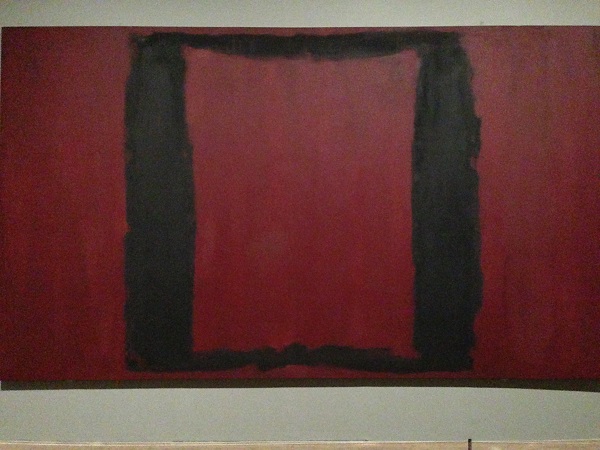 Onto Something – from Russia, via New York, to the Southbank

Over half a century ago, the Russian-born Mark Rothko – a painter generally associated with abstract expressionism (despite the fact that he never subscribed to a ‘movement’) started to paint a series of murals for a well-known restaurant in New York, which he later decided were better suited in a museum, so he presented them to the Tate Gallery instead. (Incidentally, they are still known as the Seagram murals, after the name of the building where the Four Seasons restaurant was located). The reason for the change had nothing to do with contractual arrangements, and everything to do with the art itself; the murals turned out to be darker and more meditative in character than initially planned, and therefore unsuited for an open-space, mundane kind of setting; instead, they needed to be accommodated in a closed space (with no windows) and in dimmed light, to match the oppressive atmosphere they are meant to convey. According to the introduction at Tate Modern, where the series is available, as part of the ‘Marking Traces’ displays, “Rothko was influenced by Michelangelo’s Laurentian Library in Florence, with its blind windows and deliberately oppressive atmosphere. Rothko commented that Michelangelo ‘achieved just the kind of feeling I’m after – he makes the viewers feel that they are trapped in a room where all the doors and windows are bricked up, so that all they can do is butt their heads forever against the wall’.”

There is indeed a solemn atmosphere to the series, but I would describe it as meditative, rather than sombre. The large squares against the dimmed light draw you in almost like an invitation to step into another world. They are like windows of the soul on its way to a different kind of reality – not necessarily bleaker than the mundane. Indeed, they are more like a clearing (an openness towards something else), than a closure within some inescapable, sombre surrounding. There is an inner light in the middle of the reds and browns, which draws you in with the promise of something waiting at the other end. I can imagine Heidegger agree to have one such ‘Red’ or ‘Brown’ on the cover of one of his later books. Wege, nicht werke, as he said. Indeed, it is the journey of the mind, not the work itself, that matters.