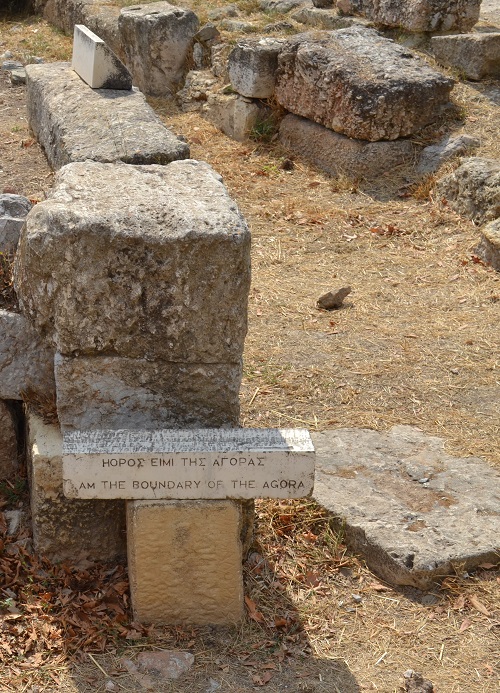 There is something of great potential (and valuable as such, in itself) at the edges of things. Economists talk about marginal cost or benefit and the value of thinking at the margin. But what I mean is more than that. Not only is it worth trying to add value to what we do by going about it in the most efficient way, but it may also be deeply rewarding to explore what is in-between well-established borders (of thought, norms, culture, or country). Truly interesting new ideas spring out from that kind of no-man’s land that lies at the peripheries of something. Take Lev Shestov, for instance, or St Augustine, Simone de Beauvoir or Camus, Nikolai Berdyaev or Unamuno – not quite ‘official’ philosophers (in the way that we might regard Aristotle, Descartes, Kant, or Hegel), but how infinitely poorer would philosophy be without them.

There is a place in the Greek agora, and an inscription next to it, which I’ve always found deeply intriguing – ‘I am the margin of the Agora’, the inscription says. And it would make a fascinating start of a seminar as to what that means