Can one embrace ‘new realism’ without being a realist? 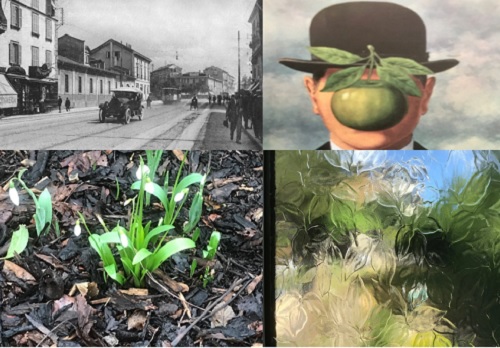 Can one embrace ‘new realism’ without being a realist?

In two of his recent books, Fields of Sense: A New Realist Ontology (2015) and Why the World Does Not Exist (2017), contemporary German philosopher Markus Gabriel embraces a form of transcendental ontology, which some label meta-metaphysical nihilism – namely, the view that the world (as a single unitary whole) does not exist; rather, objects and entities exist in different ‘lists’ (i.e. worlds) and only those belonging to the same world interact with each other. For instance, angels (or unicorns) belong to a different ‘list’ than chairs and oranges, so they simply exist in a different kind of context. “We only ever know sections of the infinite”, he says in Why the World Does Not Exist, and they don’t have to be ontologically continuous (or consistent); just as they are not epistemologically consistent. Hence – the various labels that have been attached to Gabriel’s species of realism – “neutral”, “liberal” etc.

Incidentally, this isn’t such a radically new view, after all; it is simply a more elaborate kind of pluralism. Cohorts of philosophers, from both analytical and Continental traditions, have argued similar positions – William James to Rorty, and Quine to Badiou. The question I’d like to ask is, does this amount to a metaphysical worldview, and if so – does it entail a realist ontology? If my understanding of Gabriel’s line of arguments is correct, then the answers are yes and no, respectively. He does embrace a metaphysical (indeed, almost classical) view of the world, when he attempts an overall philosophical vision of reality – “the theory of absolutely everything that exists” as he says in a Philosophy Now interview (113, April/May 2016, p. 8). But this does not seem to entail an ontology in its traditional sense, as Gabriel does not believe in a single, unified reality. Instead, he advocates a pluralistic view of existence, as spread over “indefinitely many domains”, over which we don’t have an outside perspective. New realism is still realism, as it entails a belief in our ability to “grasp things in themselves”; and new, because of the sheer pluralism at its core.

Does the latter still entail an ontology? Not, if we take ontology to mean an investigation into the reality (or the world) as we know it – as one. And if we associate it with the classical epistemological belief in objective, consistent reality. But yes, if we expand the scope of ontology to cover any kind of systematic investigation into existence, including a multitude of domains, similar to Wittgenstein’s ‘forms of life’ and Rorty’s language games.

This is not unlike the situation that neo-pragmatists find themselves in, vis-à-vis traditional metaphysics and epistemology. I discuss this in my PhD thesis, where I argue that Rorty’s ‘post-metaphysical’ view is but another kind of metaphysics, a pluralist worldview devoid of any belief in a single, unified reality, or in epistemological ‘essences’. He also shares Rorty’s view of the self – as a non-unified entity, one without a single essence.

I wonder what Gabriel might think of this possibility of a (transcendental?) metaphysics, without a realistic (i.e. objectivist) ontology, but with a pluralistic view of ontological realities. Shame; I missed the opportunity to meet and ask him about it twice – once, when I attended Gadamer’s graduate workshop in Heidelberg in December 2000, a couple of years before Gabriel started his PhD there. And again, at the New School for Social Research in New York, in 2003/2004, where I was finishing my thesis; five years later, he would become Assistant Professor there, before joining the University of Bonn, where he still is to date.