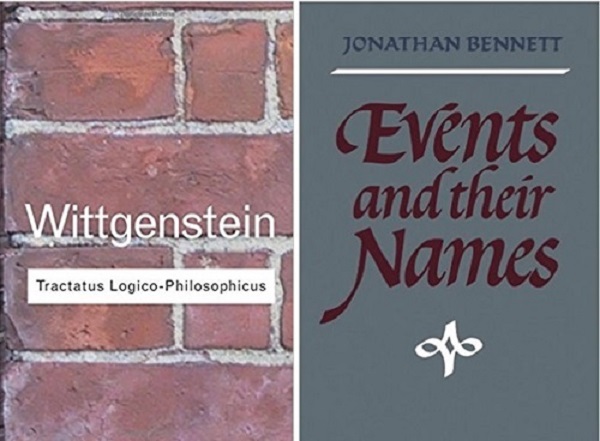 Is there any difference between states of things and states of affairs? Of course there is; the former are features, the latter describe something, as being the case that… Things are always particular, facts not necessarily so. For Wittgenstein (at least the earlier one, from the Tractatus), the world is a totality of facts, rather than particular things. What he means is, over and above things and their features, the world is made of facts.

In metaphysics, the distinction goes further. As things change, whilst facts do not, but they are caused by events, it would be interesting to explore the nature of events. Jonathan Bennett does just that, in his Events and their Names, where he denounces a large part of metaphysics as mere semantics. Events are to be understood as changes in objects and their properties; events cause certain facts to be true, rather than others. (The fact that the candle is lit is true because of the event of my striking a match in order to light it).

Facts and events have different identity conditions. Their ontology is completely different. Their relationship with time is different – facts are timeless, whereas events occur in time and at particular times. Facts are what happens in the absence of changes. States of affairs.